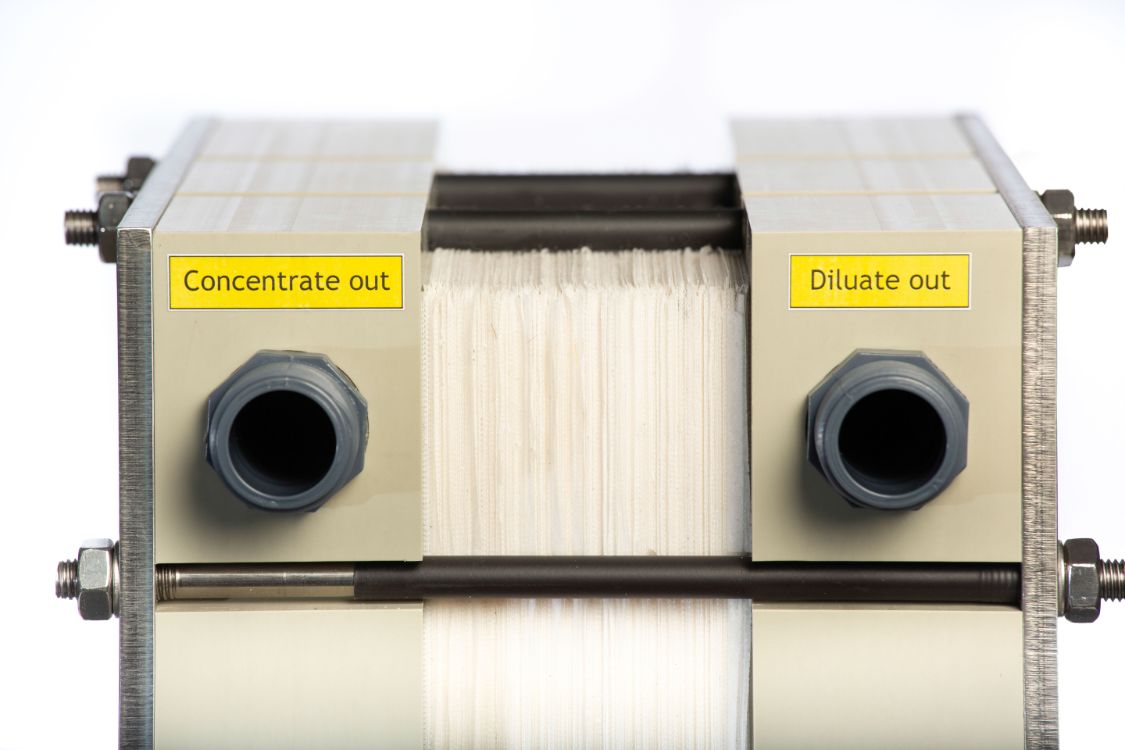 Ceramic desalination is an emerging process being leveraged across multiple industries. It’s being used to enhance the efficiency of existing, challenging water treatment processes and to recycle wastewater that was otherwise too expensive to recover. Ceramic desalination is electrodialysis, but with game-changing new performance. Here is a primer on this process.

Ceramic desalination is a method which allows for separation and concentration of dissolved ions in water using an electric field. The outcome is purified water which can be repurposed for use elsewhere. The positive ions, known as cations, are attracted toward one end, while the negative ions, known as anions, are pulled in toward the other. The result is desalinated water and a concentrated brine. Watch a short video about this process here.

The ceramic desalination process is Membrion’s unique approach to traditional electrodialysis, which has existed since the 1890s. Since the initial development of electrodialysis, the technique was optimized and began to be commercialized in the 1950’s. Innovations in the 1990s pushed the limits of electrodialysis further. These new developments expanded what could be accomplished with the technique, and newfound applications realized commercial opportunities across a wide variety of industrial businesses. Now in the 2020s, Membrion’s unique ionic exchange (IEX) technology introduces its own, novel approach to conventional electrodialysis, known as ceramic desalination.

The core principles remain true in ceramic desalination, as cation and anions separate through Membrion’s flexible ceramic ion exchange, which can operate in PH levels below 1 and temperatures above 60 degrees Celsius (140 degrees Fahrenheit). This membrane stack also allows for maximized processing efficiency for water streams, including concentrated brine and heavy metal wastewater.

Membrion’s ceramic approach can tolerate oxidizers and intense acidic environments, which in turn can achieve high water recoveries- up to 98% of water recovery. The membranes have a higher tolerance for fouling. Because this approach also moves ions through a membrane, as opposed to pushing water through, it fosters a more tolerant end product and easier automation without the need for additional regeneration.

Finally, across multiple industries, dozens of water challenges are solved with Membrion’s technology. Where traditional methods of filtering ions do not work, ceramic desalination does. Across automotive, electronics, semiconductor, oil and gas, and other industries, efficiencies in water and wastewater recovery can be improved to financial, technical, and environmental advantage.